Hydraulic injection was very water intensive.(1)
In order to meet this need, two large reservoirs of several tens of cubic meters were built near the injection well of Font Veille.
These two reservoirs were supplied by captured springs as evidenced by the presence of remains of pipes, some of them metallic and others concrete.
Access to the reservoir was via a dead-end gallery.
These, according to oral testimony, were used after the mining facilities for cows were shut down.
The water supply was also cut off, leaving two large sheltered areas for the animals.
Nowadays these two reservoirs have been completely destroyed to the great regret of the farmer who used them as stables.
One can still see here and there some traces of concrete that were spared but also the remains of a pipe on the way to the Peychagnard. 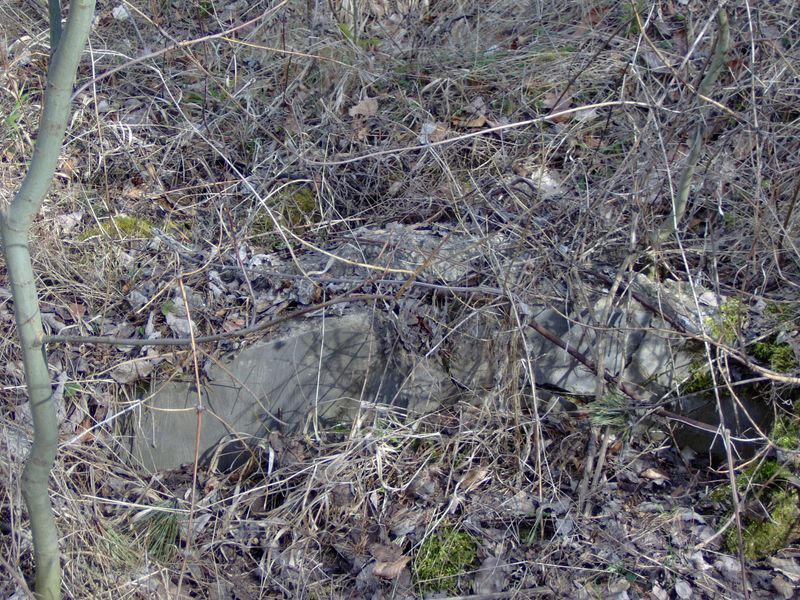 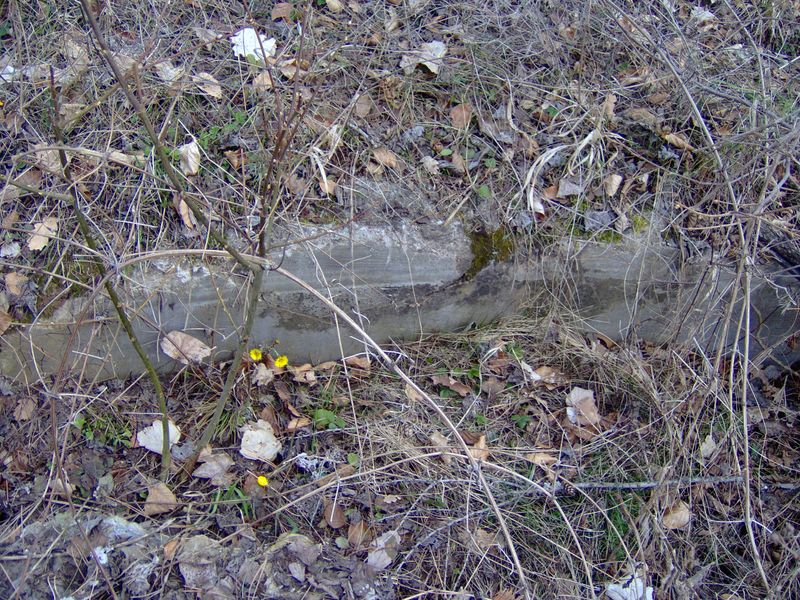 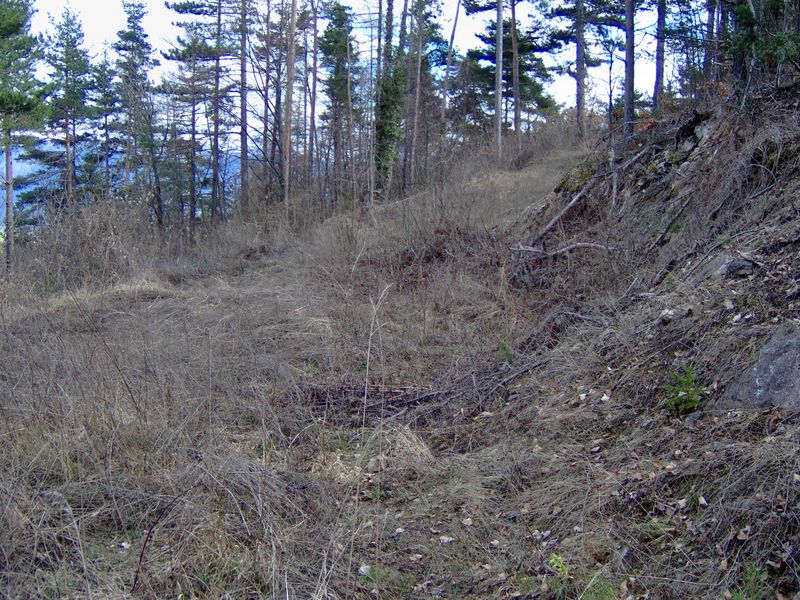 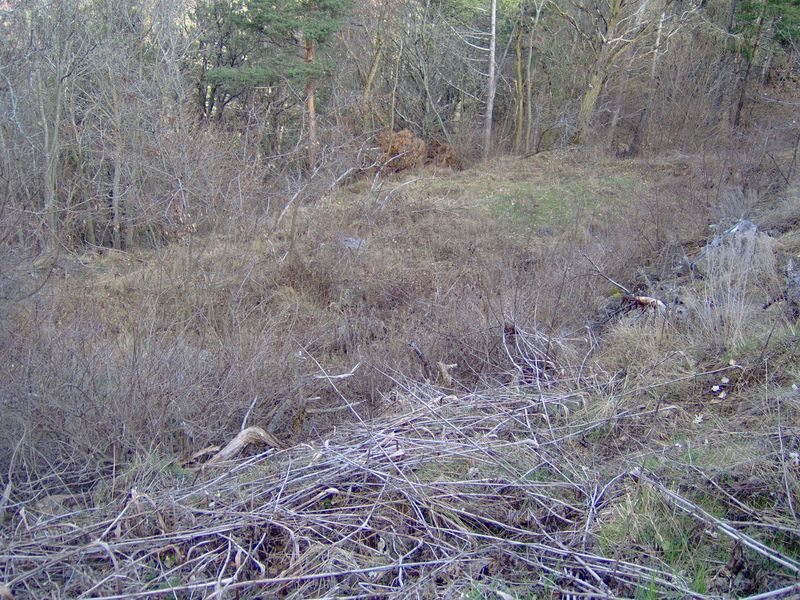 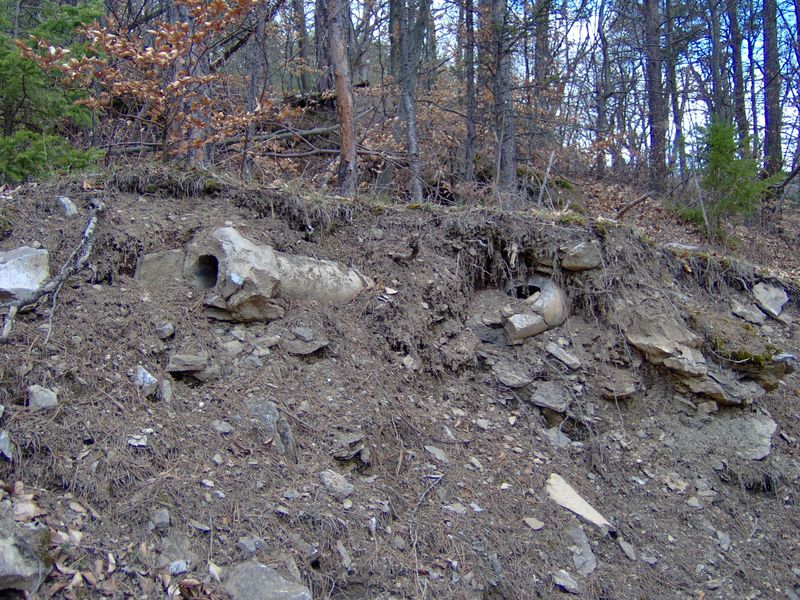 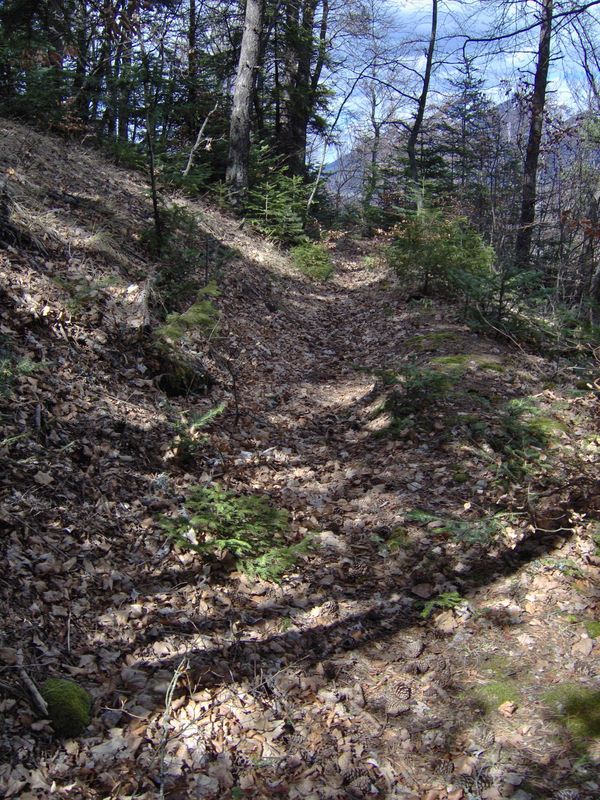 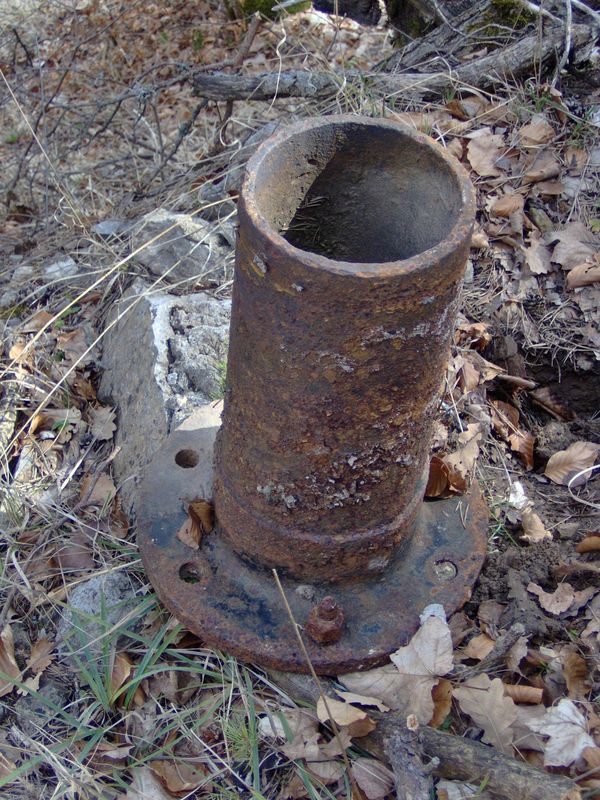 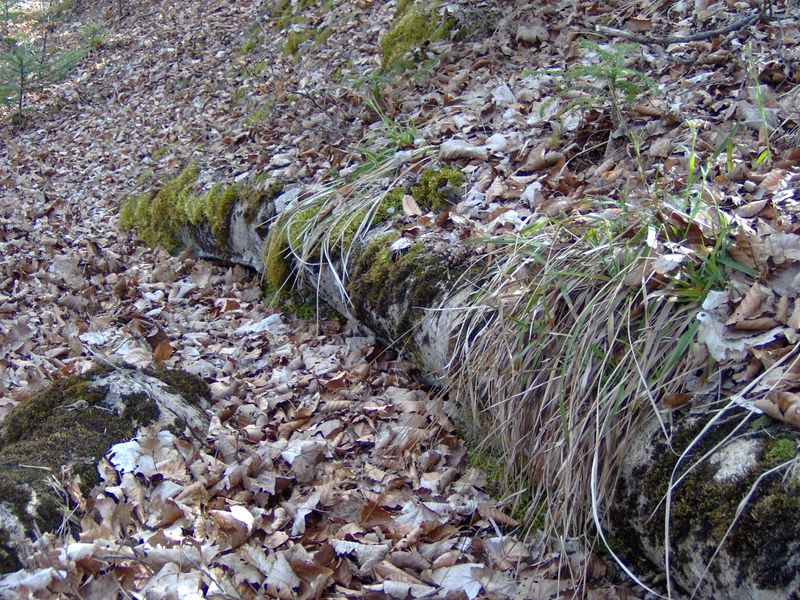 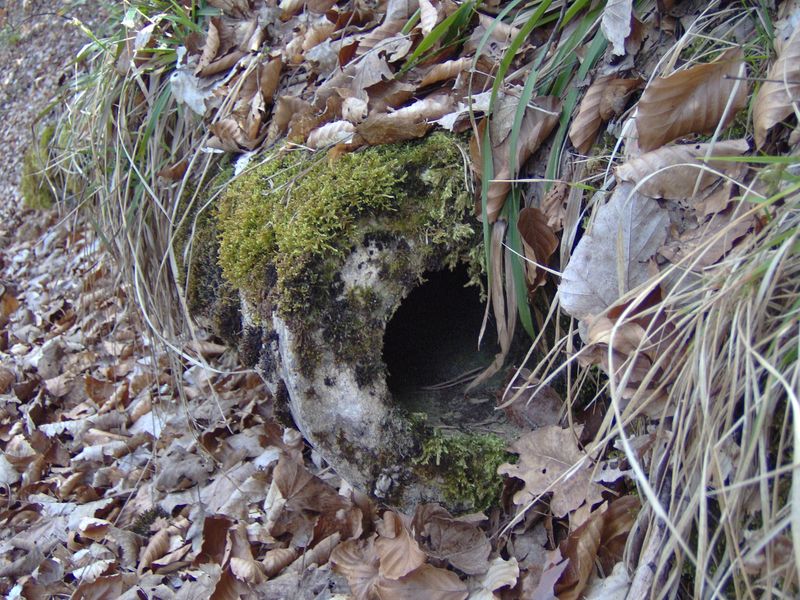 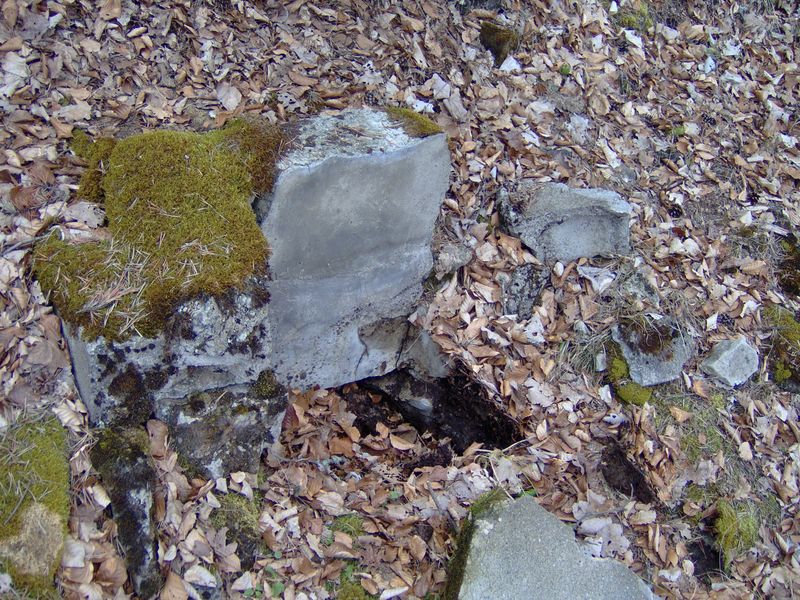 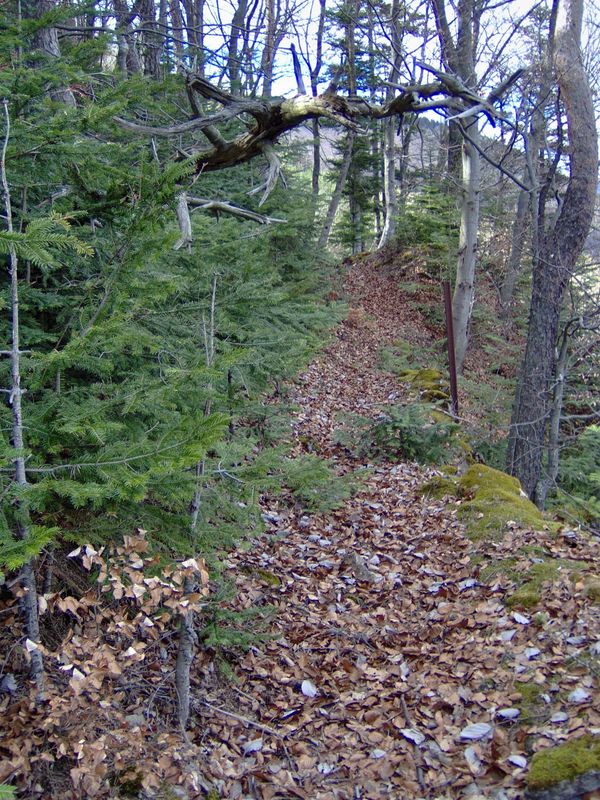 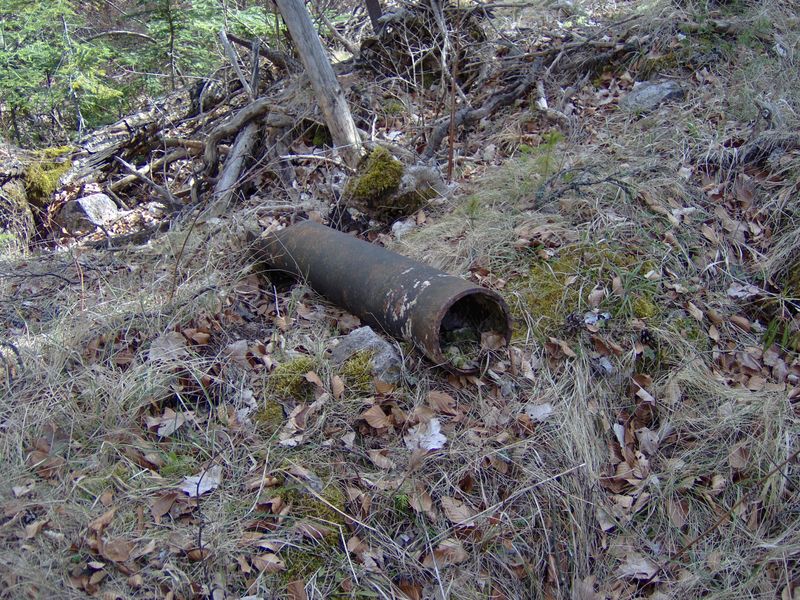 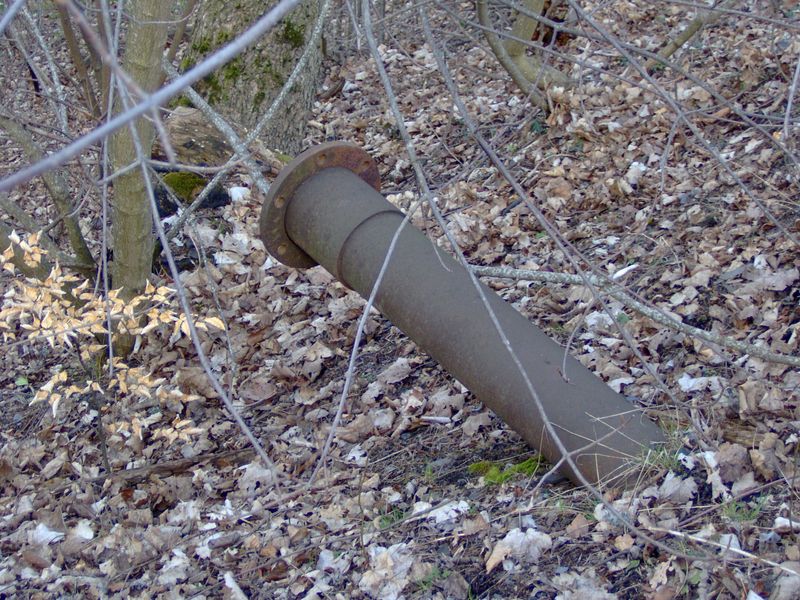 Vue de l’entrée de la galerie menant aux réservoirs / View of the entrance of the gallery leading to the tanks. 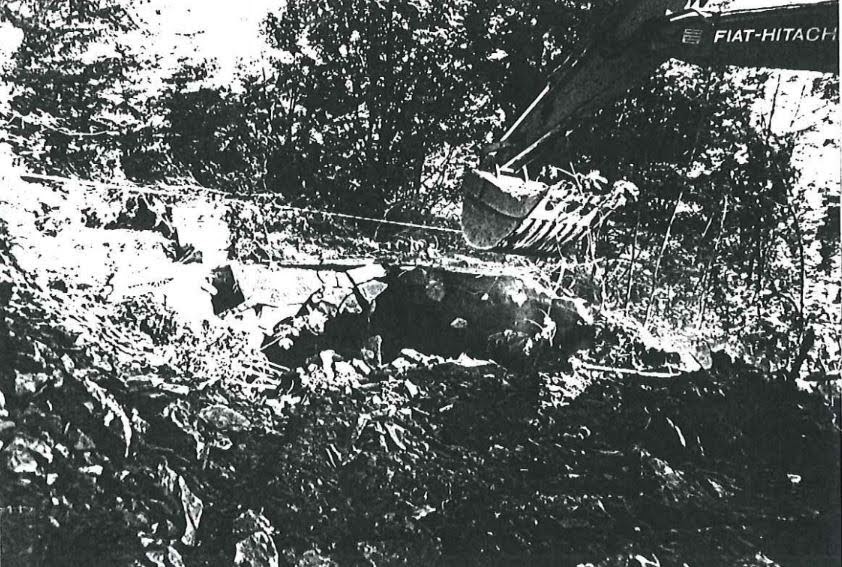 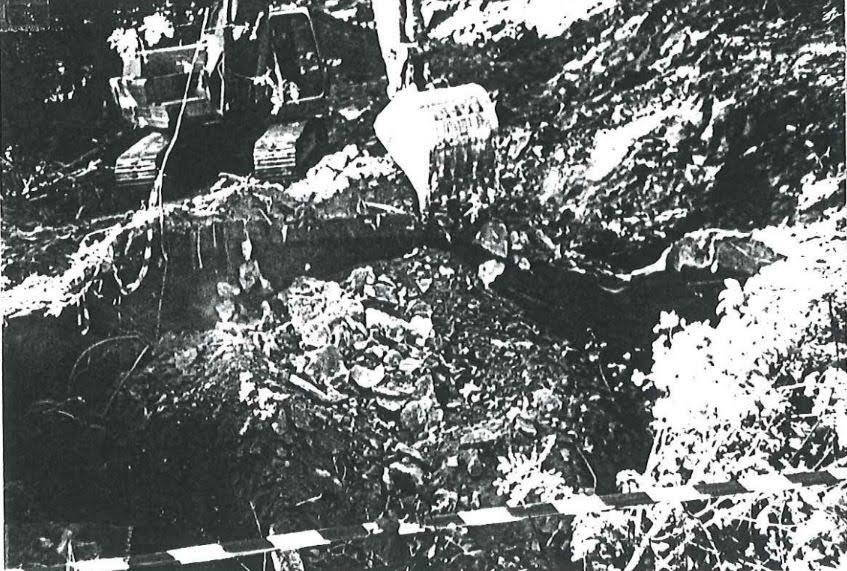