Let’s continue our visit of the Peychaganrd by discovering the old mining city. This one is divided into two parts: the upper city, the largest and the lower city.
These two cities are separated by the ascent of Peychagnard.
The upper city is composed of two groups of six houses joined together with each one a small garden.
The lower city is composed only of seven houses quite different from those of the upper level. One to make has houses which are not identical as those of the higher level.
They can be dated from 1860 because they are mentioned in a document concerning the creation of a canteen.
The houses on the upper level are all built according to the same model. They can be found on the cadastral plan of 1833.
The houses on both levels were exclusively reserved for married miners.
The mining company needed to retain its workers. It first started with the construction of the upper city and when the number of workers increased it took over old buildings to build the lower city. 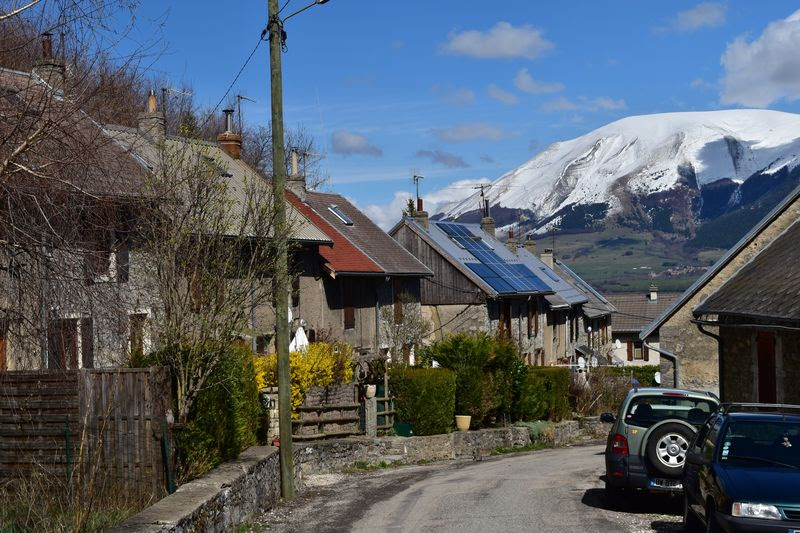