The black track of Fontveille

The black trail was traced in 1982 for the exploitation of the Bois Freynet discovery (1).
Underground mining, whose cost per ton of coal extracted increased due to the mining difficulties related to the geology of the region. The solution of an open pit mining was then taken:
It was necessary to be able to transport the machines such as bulldozers, excavators and other machines necessary for the realization of the discovery.
It was also necessary to ensure the exploitation of the zone as well as the transport of the coal towards Villaret.
A track of 6 meters wide and 1.5 km long was then traced taking up old tracks which were widened to ensure the passage of trucks. The track is filled in with slag and mine tailings which gives it its black color and by the same token its name.

(1) A discovery operation (when the deposit is stratiform, shallow and extends over a large horizontal area) 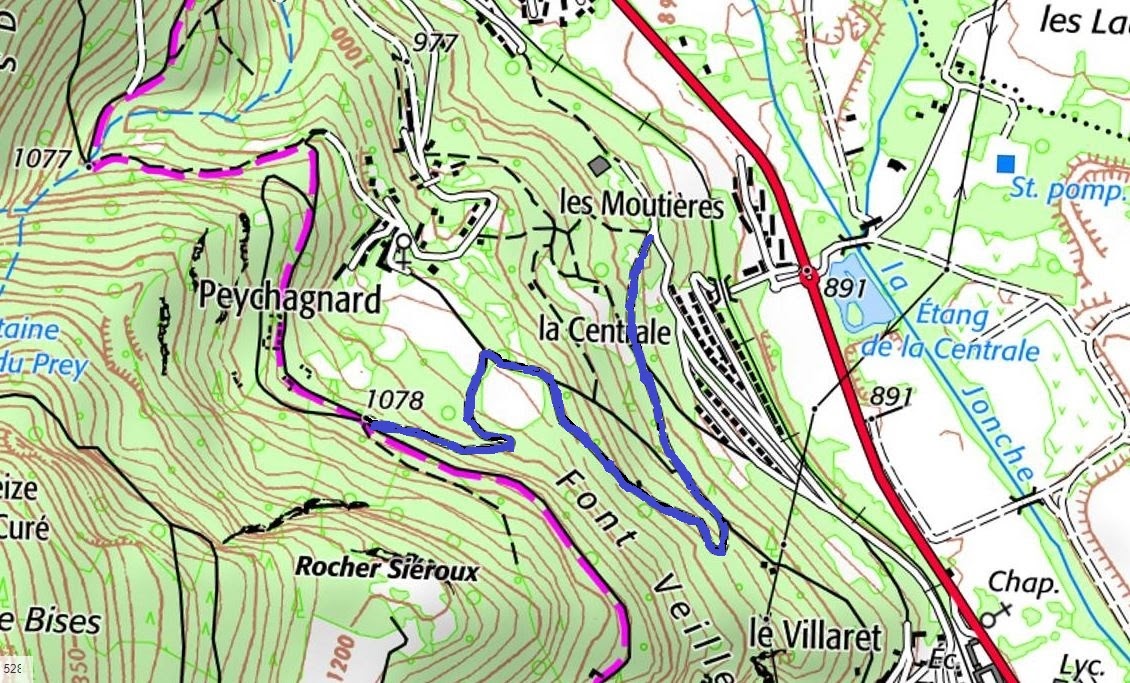